Wasp next blocks A330 pitot tube:  In 2013 an Etihad Airbus A330 suffered an airspeed discrepancy during takeoff from Brisbane, an ATSB investigation revealed an obstruction of the pitot tube by an insect nest

Read the FSF report and link to the full ATSB report.

Bird’s nest discovered under the wing of Vueling A320 during storage – April 2020, engineers discovered the nest during routine checks.

Click to watch the short clip on You Tube 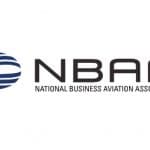 Will hydrogen be the key to sustainable aviation?
20 October 2021