On May 4, ARSA Managing Director and General Counsel Marshall Filler represented the association at a remote meeting of the EASA Engineering & Maintenance Technical Committee (EM.TEC).

EASA managers briefed the committee on the current status of the European agency’s relationship with the UK CAA. Although Brexit is now a done deal (meaning the UK is like any other foreign country to EASA), the agencies have been working to determine the scope of their future aviation safety relationship.

The good news, according to EASA staff, is the two agencies will soon sign Technical Implementation Procedures (TIP) covering airworthiness issues. The bad news is that no other agreement (e.g., maintenance, simulators and flight training devices) is being discussed at this time because the issue of future cooperation in aviation and other industries is in the hands of the EU and UK politicians. EASA is waiting to see whether it will be allowed to negotiate further agreements with the UK CAA.

The EM.TEC discussed the use of prototype parts installed on an aircraft during the course of a certification project, typically an STC. EASA has indicated its current rules do not allow an aircraft to be approved for release to service with parts documented with a prototype EASA Form 1, even if the installer has determined the design data referenced in block 12 has been approved by virtue of the issuance of an EASA STC.

Unlike the FAA, EASA requires the production organization approval holder to reissue the prototype Form 1 as New for all such parts installed on the aircraft, causing delays in releasing the aircraft to service. EASA has indicated that a rulemaking would be required to change this policy and while industry does not agree with the agency’s position, that is where things stand pending further discussions. (Note: EASA has indicated verbally that it will accept prototype 8130-3s issued by U.S. suppliers to an EU design approval holder to accommodate the differences in the two regulatory systems. However, this policy is not in writing.)

Among the other issues discussed by the EM.TEC was the safety challenges associated with the post-pandemic increase in air operations, such as returning aircraft from short, medium or long-term storage. The committee also discussed policy adjustments needed to allow more flexibility for working away from a maintenance provider’s fixed location (i.e., mobile maintenance). As with prototype parts documentation, EASA’s “working away” rules are more proscriptive than the FAA’s, which allow such work to be performed on a recurring (but not continuous) basis in accordance with the repair station’s manual procedures.

The committee continued its consideration of the need to standardize policy to assure a level playing field for how component certifying staff are qualified. EASA has left this decision to its individual civil aviation authorities. Some EU countries require a separate license while others have opted to allow the maintenance organization to develop its own standards. The EM.TEC has recommended that EASA authorize all EU maintenance organizations, regardless of their location, to choose between the local’s authority’s licensing requirements for component certifying staff or its own internal qualification processes, thus leveling the playing field within the EU.

Finally, the committee was briefed on the status of MAG change 8, which recently entered into force. The most prominent aspect of the new revision involves the elimination of the country list in the bilateral aviation safety agreement between the U.S. and EU. This means that all EU countries will be treated the same for purposes of the TIP and MAG.

The next meeting of the EM.TEC will likely be held in December 2021. Most Committee members are looking forward to a resumption of in-person meetings. However, that remains to be decided based on whether the pandemic abates sufficiently to justify it. Even if the next meeting is held in-person, ARSA would support a hybrid option similar to what it is planning for future Annual Conferences.

To learn more about ARSA’s representation of the international maintenance industry, click here or contact the association. 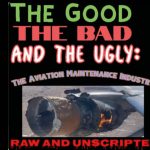