IFA Comment: IFA strongly agrees with the recommendation that says:

“The Services reward and incentivize the professional achievements of aviation maintainers with recognition and professional development throughout their careers.”

The recent US National Commission on Military Aviation Safety report provides lessons learned that should be widely read.

The National Commission on Military Aviation Safety was created by Congress out of concern for the recent increase in military aviation accidents. The purpose of the Commission is to examine past mishaps and make recommendations to the President, Congress and the Defense Department on ways to improve aviation safety and readiness in the military.

Link to the National Commission on Military Aviation Safety website for final report release and link for pdf of full report.

A lack of flying hours and overworked maintainers are contributing to high rates of crashes and other aviation mishaps, according to a new Congressionally-mandated report, which called on the services to quickly overhaul how they manage maintainers and pilot training.

The National Commission on Military Aviation Safety, in a report released December 3 [1], looked at more than 6,000 aviation mishaps, which included 198 deaths, 157 aircraft destroyed, and about $9.41 billion in losses, from 2013 to 2018. None of the losses were due to combat operations. The Defense Department has 120 days to formally respond to the report, so the Air Force is reviewing its findings and, in the next few weeks, the service Chiefs and safety center will meet with the commission on their findings as they form the response.

Although the Air Force saw a decrease in “Class A” mishaps – the most serious, which involved a death or more than $2 million in damage – there was an increase in “Class C” mishaps, largely because of maintenance or other on-the-ground issues.

The commission visited 80 different bases and other sites, talking to about 200 different units who outlined myriad issues impacting the military’s aircraft fleets. The recurring themes were: not enough flying hours for pilots, maintainers distracted by excessive duties, inadequate prioritization of safety, insufficient data collection, a lack of consistent funding, and a “relentless” operations tempo, according to the report.

“These are great patriotic, young American people. Many of them have stayed with us and reenlisted and stayed on after 16 to 17 years of war. They know what right looks like. They know what the difference is between being a current pilot and a proficient pilot for the mission tasks that they’re being asked,” said retired Army Gen. Richard A. Cody, the chairman of the commission. “But they’re frustrated with the ops tempo. They’re frustrated with the unpredictable funding and they’re also frustrated a bit being away from home as much as they are.”

Pilots complained of a lack of real flying hours and an over-reliance on simulators. While simulators are effective at practising emergency routines and other tasks, they do not effectively replicate intense, real-world flying and can contribute to a lack of proficiency, they said.

“We think simulator time is great for emergency procedure training and for other things,” Cody said “But when we went to the units, they were complaining that they had pilots coming out of the training base during this time period with less flying hours and not really up to speed on all the types of flying that was required. And then the units were having to expend their flying-hour dollars in the units to bring them up to speed at a time when their ops tempo was high.”

This starts in original flight training, where pilots graduate without enough seat time and move on to squadrons without enough experience in required aspects of flying, forcing operational squadrons to spend their own flying hours getting new pilots up to speed. Additionally, pilots are spending an extended period of time not flying after graduation because of other requirements such as survival, evasion, resistance, and escape training. One pilot told the commission, “When I get to my unit, it will be six months since I’ve flown.”

In the training units, flying hours and the number of instructors has been cut, with one training unit for example only having 82 instructor pilots despite being authorized 114. This issue is highlighted as the Air Force is increasing its use of simulators in initial pilot training, through its Pilot Training Next initiative that seeks to further cut the amount of time a student needs to fly before graduating undergraduate pilot training.

Commanders in operational squadrons are issuing more waivers to keep pilots operational even though they haven’t met all the requirements, indicating “problems” that should be reported and tracked. While getting enough funding to increase flight hours is a systemic issue that will require a national approach and take a long time to address, the services should take smaller steps, such as tracking waivers to address trends in the short term so they can identify and fix some of the issues, Cody said.

Morale on the ground with maintainers is a large problem across all services. Specifically, for the Air Force, a lack of experienced 5- to 7-level supervisors, in addition to a shortfall of maintainers overall, has proven to be problematic. While the Air Force’s usual trainer to trainee ratio should be 1:5 or 1:6, it is closer to 1:8 or 1:9, according to the report. These maintainers are finishing training without enough understanding of their duties – one maintainer told the commission that new Airmen could not tell the difference between a ratchet and a socket – and are going into squadrons that are understaffed, the report states.

“Knowing that with task saturation and sleep deprivation, work performance suffers. We see human factors and an increase in mishaps,” a USAF maintainer told the commission. “They don’t have experience and are tired. They are tired and are crying for help. The response is shut up and color.”

To address some of these issues, the commission recommends the military “fence” maintainers from additional duties so they can focus on their main role. The report, for example, suggested maintainers should not be tasked with doing other jobs, like providing security. The recommendation comes at time, however, when the Air Force is pushing forward with the idea of creating “multi-capable Airmen” under the Agile Combat Employment model.

The military needs to keep recruiting maintainers and treat the ones they have better through incentive packages and a career track that incentivizes promotions instead of having personnel change jobs to get promoted. Additionally, the services should incentivize maintainers who graduate from advanced schools, for example, providing an airframe and powerplant license “so they feel they are aviation professionals,” Cody said.

The commission also outlined other systemic maintenance issues, specifically with a lack of parts and depot maintenance, that does not support the needs of operational flying units. An Air Force major command representative told the commission that depots have been so deficient that “jets are coming out of the depot in worse shape than when they started.” This in turn leads to “greater workloads, increasing risk, lowering morale, and exacerbating already acute readiness problems,” the commission said in a briefing.

“For example, as the Commission heard during a visit at one Air Force base, when an actuator failed on a deployed aircraft in the Pacific, the only replacement parts were in two locations on the other side of the world. The maintenance group commander was forced to have an actuator taken off of a working plane at his home base in the United States and flown to the aircraft so it could be fixed,” the report states in an example of the problem.

The military has regularly operated under continuing resolutions from Congress since sequestration, which has led to unpredictable funding and impacted how squadrons plan to fly. One Air Force squadron commander told the commission, “We don’t plan exercises and [mission-related travel] because you don’t know if you will have funding….I can’t plan my budget and make the purchases [needed] and can’t get them the [equipment] they need to do safe flight operations.” An Air Force Reserve unit commander added, “I redo the annual budget twice a quarter,” with Reservists preparing for months for a deployment that suddenly gets canceled.

The group, which was mandated by Congress in 2019, briefed lawmakers in a closed hearing on December 3. The commission specifically called on lawmakers and the Pentagon to:
• Adopt an “aggressive and coordinated” approach to understand the physiological needs of aviators
• Better reward and incentivize professional achievements of maintainers
• “Firmly establish” safety responsibility in the Defense Department by creating a Joint Safety Council.
• Update and modify Force Protection Key Performance Parameters to incorporate Aviation Human Systems Safety.
• Link simulator sustainment to aircraft production, upgrades, and modifications.
• Stop using continuing resolutions to fund national security, military readiness, and aviation safety.

A Look at Historic USAF Rates

The same day the commission released its report, the government-funded RAND Corp. released its own study [2] on Air Force mishap rates from 1950-2018. In the report, researchers analyzed mishap data for 55 different aircraft types, specifically looking at Class A mishaps, destroyed aircraft, and pilot fatalities. The report found that broadly flight safety has improved, with the greatest improvement early on through the 1960s. Researchers found there are more mishaps early in an aircraft’s service life, with fewer crashes and other incidents as an airplane ages. Newer aircraft have also experienced fewer mishaps.

RAND recommends that future research should consider trends in the causes of mishaps, such as operator error, equipment failure, and environmental factors, to better understand the importance of different drivers. There is no readily-available data to support that sort of research, however, so detailed case studies are required, according to researchers. 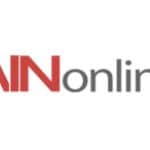 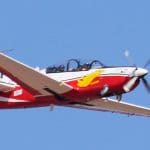 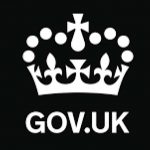