Promoting AirworthinessInternationalImpartial
Home Articles IFA reminds operators of firefighting aircraft to check their maintenance
IFA reminds operators of firefighting aircraft to check their maintenanceThe IFA is proud of aviation’s magnificent contribution to fighting fires around the world, as we are now witnessing in Australia, and also recently in the USA. We salute the skill and selflessness of those involved.However, aerial firefighting presents airworthiness challenges. One is maintenance. It is timely to remind operators to please check that your maintenance is up to the extreme conditions. For example, do the Instructions for Continued Airworthiness (ICA) for your type of aircraft account for the effects of severe manoeuvres and turbulence on metal fatigue in the airframe? Or, for the effects of fire retardants or sea water on corrosion?The answer should be ‘yes’ if your type of aircraft was specially designed (for Type Certification) or modified (by STC) for the role. The certification process should have analysed firefighting’s severe physical and chemical environments on fatigue and corrosion.
However, if your type of aircraft is normally used for other purposes, its ICA may be grossly under-estimating the required frequency of maintenance. If in doubt, please check with the design approval holder (DAH) for your aircraft’s type or modification.
The risk is real. Maintenance may need to be increased as much as ten-fold. The demands of aerial firefighting have caused several tragic structural fatigue failures, on aircraft large and small, including in Australia. The IFA also reaches out to airworthiness authorities to sympathetically support their operators as they heroically serve their communities. Please help them to assess the suitability of their maintenance programs, with their DAH, to avoid duplicating effort for common types, and because the engineering is not always simple. And, please keep your doors open to discuss if the firefighting needs are so pressing that, like the military in times of war, peacetime airworthiness norms need to be temporarily suspended, in the national interest. If so, please be willing to protect operators with special legal exemptions so the nation, not the operator, accepts the increased risk.
Finally, the IFA notes another lesson from the military: the value of onboard monitoring of the loads and environment the airframe sees in service, especially if the aircraft’s operation is at any time unusual for the type. Onboard load sensors are becoming smaller, lighter and cheaper. (Onboard environment sensors are developing but the technology is less mature.) Onboard sensors take the guesswork out of the DAH’s analysis of whether the ICA suits the operation, or needs adjustment, so the ICA can be fully effective without being unnecessarily conservative.
Steve Swift
IFA VP Australasia
0Shares
PrevNext 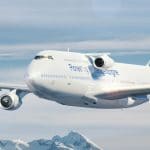 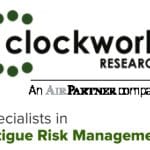