Boeing delivered the first 777 to United Airlines on 17 May 1995. Sunday was the 25th Anniversary of the first Boeing 777 delivery — the 777 family has flown more than 3.3 billion people on more than 13 million flights.

SEATTLE–(BUSINESS WIRE)–May 15, 1995– United Airlines will become the first airline in the world to take delivery of the Boeing 777 in special ceremonies at Seattle’s Museum of Flight on Wednesday, May 17.

Culminating a five-year partnership to design and build the most advanced and service-ready twinjet in commercial aviation history, United’s first 777 has been appropriately named “Working Together.”

“We’re delivering the 777 on time and ready for service,” said Boeing President Phil Condit. Condit led the initial effort to collect airline input and design the 777 — the first airplane of the 21st century. “This is a terrific day for us because we now have very tangible evidence that the business philosophy we’ve come to call `Working Together’ works.”

Read United’s history with Boeing and in particular the 777 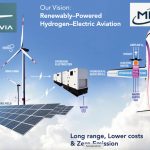 MHIRJ and ZeroAvia to collaborate
27 October 2021 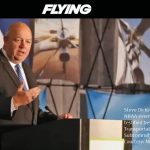